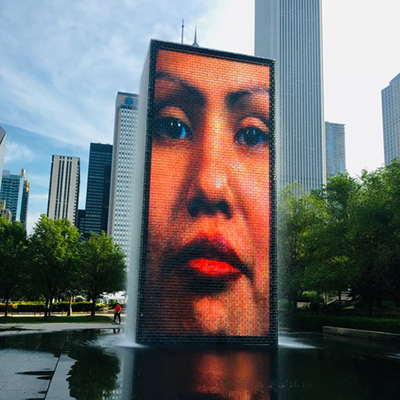 I made a friend this week—with a spider.  I had a choice of whether to kill the spider or become friends with it and chose the latter.  I figured our world didn’t need any more violence.  Most people probably wouldn’t consider killing a spider to be an act of violence, but it kind of felt violent to me.  I mean, what isn’t violent about smashing a tiny creature and ending its life?  While a spider’s life might not be viewed as having the same importance as a human life, I didn’t feel it was up to me to decide the importance of any life.

Besides, there really was no need to kill the spider, since it wasn’t threatening to harm me in any way.  It just sat in the corner of the bathroom minding its own business.  I went online to learn more about spiders and found that 99.99% of them are harmless.  What is much more prevalent than dangerous spiders are people with spider phobias.  I searched numerous lists of the most common phobias and found the fear of spiders to be on all of them.  It reminded me of how I once worked with a little girl who was afraid of spiders.  I only saw her for one session.  In our brief time together, I somehow managed to assure her that she had nothing to fear unless she came across a spider that was bigger than she was.

As I was searching to find out more about spider phobias, I learned that there was a fear of African Americans called negrophobia.  I wasn’t able to find a comparable fear of white people, even though I know some African Americans who find themselves afraid of whites.  A friend of mine liked to point out that whenever there is a mass shooting it is always at the hands of some crazy white guy who is armed to the teeth—not a brother from the hood.  I happen to have my own apprehensions about crazy white guys who are armed to the teeth.  I tend to avoid travelling to states where I think they might reside.

Fortunately, my crazy-white-guys-who-are-armed-to-the-teeth phobia doesn’t interfere with my personal or professional life.  I am not married to someone who has relatives in a Mississippi and I don’t have to travel there on business.  The truth is that I’ve never been to Mississippi and don’t know what it is actually like.  I trust I would find plenty of good people there if I visited, possibly even some white guys who are gun owners.

The most common treatment for any phobia is exposure.  Exposure therapy is based on the premise that a phobia will subside if you’re exposed to the object of your fear and nothing bad happens to you.  Exposure therapy is the opposite of avoidance.  Prejudice can be fueled by avoidance and avoidance can be fueled by prejudice.  The people who fear African Americans the most tend to know them the least.  Few things are scarier than the unknown—which is why monsters are so scary.  If you lived next door to a monster and talked with it on a regular basis, it probably wouldn’t seem so terrifying.  You might even see some of yourself in the monster and see some of the monster in you.  The people who act the most monstrous are unable to see themselves in others.  At some level, all hate is self-hate—meaning that when you hate another human being it disconnects you from your own humanness.  A man in Minnesota destroyed another man’s life and ended up destroying his own life in the process.

I am glad I didn’t kill that spider in my bathroom.