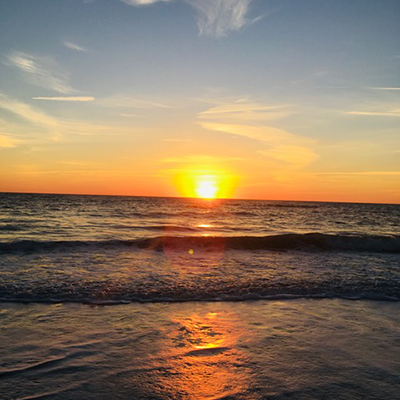 Some nights my wife worries so much that she has trouble sleeping.  I worry too, but it doesn’t stop me from sleeping.  In most relationships, worry is like a baton that gets passed back and forth—or a baton that one person tends to carry a disproportionate amount of the time.  My wife carries the worry baton more in our marriage.  She worries about our hands being clean and encourages me to watch instructional hand-washing videos.  I got frustrated the other day during one of her hygiene lectures and said that any idiot can figure out how to wash his hands without a video, but she insists that I am an idiot for ignoring the details of this useful information.

The truth is that having more information doesn’t always make me worry less.  What generally makes people worry less is having the confidence to cope with whatever scares them.

I once worked with a little girl who was worried about her parents dying.  All of her loved ones and a therapist before me had tried to convince her of this unlikelihood, so I tried not to repeat their mistakes.  Instead, I tried to help increase her confidence in her ability to deal with such a tragic loss.  I encouraged her to think of the loved ones who would support and take care of her. I tried to get her to connect with her courage and view herself as one of the most courageous six-year-old girls in the whole word.

I even showed her a photo of another courageous young girl with her arm around a dog.  It so happens the girl was afraid of the dog, but she was determined to overcome her fear so she could be brave like her parents. I know the story about the girl in the photo because she is my mother. That photo was taken outside of Warsaw in the summer of 1939, months before the Nazi invasion.  My mom has pigtails in the photo and is looking at the camera with a seemingly calm smile. Some people need to work at calmness and for others it comes more naturally.  There is no shame in being someone who needs to work at calmness, no shame in anything that you feel.  For the record, I am someone who needs to work at calmness, even though I am often mistakenly seen as being a member of the Naturally Calm Tribe.