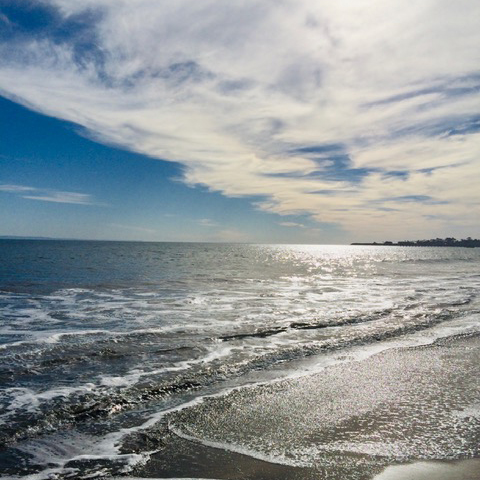 A good friend in college used to have a T-shirt that read: THOUGHTS ARE CHOICES.  I still try to live in accordance with his shirt, even if the act of choosing better thoughts can be easier said than done.  What often complicates the process is that we aren’t aware of how expansive the thought menu can be.  We think it is like being a kid at the dinner table where meat loaf is the only option.  As an adult, you have the freedom to eat what you want and think what you want.  You even have the freedom to not think anything, which is often the best thing to do when you’re feeling depressed.

I went through a tough couple of days when I found out that working remotely wouldn’t be an option for me with my palliative care job.  I anticipated it would be an option since none of our work was being done face to face and it didn’t make pandemic sense to go into a hospital to talk on the phone.  Needless to say, the thought of being in a hospital terrified me, and it terrified my wife and mom even more.  My younger son had some advice for all of us: “Just try it for a day and see how it goes.”  In other words, he was telling his Ph.D. dad to keep an open mind, which wasn’t something his Ph.D. dad had considered.  I wanted to take a stance based on my principals and stick to that stance because I was right.

It made me recall what a client once told me years ago about being right: it’s overrated since you can be right and still end up alone.

I went to the hospital and found that I felt relatively safe in my office with my BMW mask and a seemingly endless supply of hand sanitizer and disinfectant wipes.  I felt much safer there than I do at the grocery store.  While I was at the hospital, I got a call from my good college friend who said that he had been feeling like Chicken Little because he couldn’t stop thinking that the world was coming to an end.  I reminded him of his old T-shirt and asked him what he would rather think if he could choose any thought he wanted.  He said that he just wanted to think that things were going to be okay.  I suggested that if this was what he wanted that he should whisper things are going to be okay to himself throughout the day.  He thought my advice was a bit simplistic and mechanical, and yet often the best way to choose a better thought is to keep repeating it like a mantra until it starts to feel true.