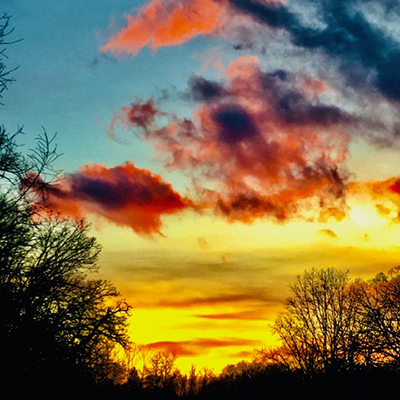 I woke up this morning and looked at the years of spare change in our bedroom and decided that it was time to give it away.  Collecting it in big jars wasn’t doing me or anyone else any good.  So I divided it up in zip lock bags and loaded all forty pounds of coins into my backpack.  The first homeless guy I met said he had been living in an alley for the past few weeks.  He said the worst part of being homeless was that his feet were always cold.  It made me wish I had a good pair of insulated boots to give him instead of just a bag of change.  It also made me recall how my mother said her feet were often cold during the war, especially the years she was in a Russian prison camp.

I ran into a few more homeless guys near the shelter and gave them the rest of my change.  One guy said I looked like Billy Crystal.  I was surprised he even knew who Billy Crystal was.  He said that City Slickers was his dad’s favorite movie.  We talked more about some of Billy Crystal’s other movies before we said goodbye and I headed home with an empty backpack and a fuller heart.  I recalled how I got this particular backpack in 1994, a few weeks after my sister died in a motorcycle accident.  She would have liked the idea that I was using her memorial backpack to give money to homeless people.  She collected change too—and I ended up giving all of hers to a young girl who lived in her NYC apartment building.

I don’t feel survivor’s guilt for having outlived both of my siblings.  I feel more a sense of survivor responsibility, wanting to carry the creative and inspirational baton on their behalf.  I sometimes tell my clients that guilt is a useless emotion unless you have criminal tendencies—but the same is not true of compassion.  The good thing about compassion is that you don’t need to choose between feeling it for yourself or feeling it for others.  In fact, you ultimately need to feel it for both to grow spiritually.

In my whimsical moments, I think how cool it’d be if there were compassion tournaments to fill our current sports spectating void.  My wife would be a much higher seeded player than I would be if there were such an event.  I tend to be compassionate on my own terms, meaning that I choose to support those homeless people I like and neglect those that I don’t.  Needless to say, it makes me feel very small when a homeless person gets on my nerves, especially since now is a time when we need to be spiritually gigantic.  We all have something to give.  The foundation of spiritual math is simple—by sharing what you have you end up with more.