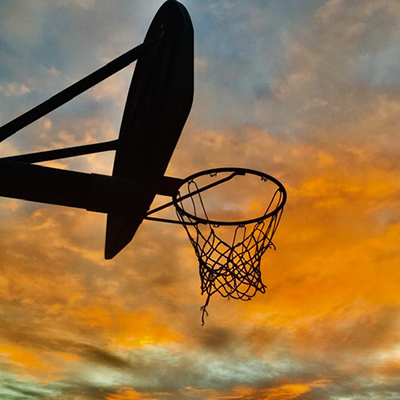 I learned through team sports how important it is to make sacrifices.  Sometimes what is best for you might not be best for the team.  Sometimes what is best for the team might not be best for you.  When you are a part of team, the needs of the team take priority over your own needs.  That can be a humbling lesson for a young athlete to process.  All athletes go through growing pains.  Non-athletes go through growing pains too.  A part of growing up is realizing you can’t always get what you want when you want it.  You have to learn to wait.  You have to be mature enough to experience minor disappointments without turning them into major dramas.

I once had a football coach yell at me for asking if I could play on offense.  It was my first year on an organized team.  Our coach was a Vietnam veteran who was still adjusting to civilian life.  He talked to us as if we were soldiers heading into combat.  He said that he put me on defense because that was where he put his most savage warriors.  He asked me, “Do you want to be warrior or a glamor boy?” I told him that I wanted to be a warrior because I knew that was what he wanted to hear.  I came to like playing defense and embraced the warrior’s role.  My coach awarded me with a sticker every time I hit an opposing player so hard he had to come out of the game.  I had a lot of stickers on my helmet.  Towards the end of the season, my coach decided to play me on both offense and defense because I had proven my loyalty to the team.

I imagine my old football coach would be disappointed in how our country is dealing with our current crisis.  I imagine he would be enraged with how some people are putting their personal agendas ahead of the team’s agenda, since he thought like a soldier and selfishness in war can lead to death.  Selfishness during a pandemic can lead to death, too—since we don’t just put our own health at risk when we decide to stop making personal sacrifices.  We also risk the lives of our community.  Pandemically speaking, what would America be like if it were a football team right now?  We probably would be more like the Washington Redskins than the New England Patriots.  In case you don’t follow the NFL, the Redskins have been one of the worst teams in the league for some time.  They also have the worst name of any team in the history of any sport.  A team called the Redskins in our nation’s capital?

When my football coach was disappointed in our team, he would tell us, “You guys can do better than this!” Sometimes he would add emphatically, “You owe it to yourselves to do better!”  He always spoke in terms of playing for each other rather than playing for him.  The best leaders never get drunk on their leadership.  They care too much about their team to make the team about them.