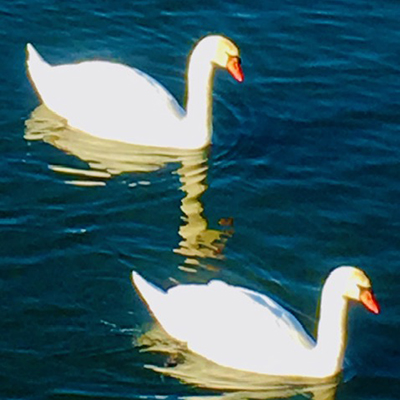 I understand that it is a challenging time for single people looking for romance.  This makes sense, considering that it can be hard to meet someone even when there aren’t rules about wearing masks and remaining six feet apart.  I was never worried about germs back when I was single.  I was only worried about being unloveable.  My wife and I met 37 years ago and became a couple soon after.  I still don’t take our togetherness for granted, since I know the ship of marriage can hit an iceberg and sink at any point.  I read an article the other day about how a lot of marriages are sinking during this pandemic period.  As the child of divorced parents, I don’t assume that divorce is inherently more tragic than marital unhappiness.  Some couples are better off getting divorced.  Some people are better off never getting married.

In general, marriage is not ideally suited for romantic sprinters, since it is more of a marathon that requires a lot of endurance.  Romantic endurance is obviously much different than running endurance.  As a marathoner, you push yourself to go faster and farther; as a married person, you slow down and try to create a supportive and sensual life with your best friend.

I have taken more walks with my wife during this pandemic period than at any point in our marriage. I would strongly recommend taking long walks to any couple that wants to be more in sync with each other.   There is obviously no point taking these walks if you don’t want to be in sync, just as there is no point going to couples therapy if you don’t want to be in sync either.  Couples therapy is not a magic shop.  It is a place for two people to work on better ways to express and honor their love.  If there is no love left to express or honor, couples therapy is usually a profound waste of time.

It is important to be especially patient during this pandemic period and avoid the blame game.  Don’t blame yourself for not being in a romantic relationship.  Don’t blame your partner if you’re in a relationship and things aren’t going your way.  A lot of things aren’t going our way during this pandemic crisis and we need to keep striving to deal with this adversity as gracefully as possible.  The way to restore a romantic connection isn’t to figure out who is at fault for the absence of this connection.  Romance is usually born out of fun, so its rebirth is often found in having fun together again.  You don’t want to work so hard on your relationship that you turn it into a dreary job.  There is enough dreariness in the world right now.  You want your relationship to be a playground where you can escape from dreariness.  A good first step in creating such a playground is to connect with a more playful part of yourself.  Remember how you would knock on the front door of a friend’s house and ask if she could come out and play?  Same concept.  Whatever works in friendships usually works in romantic relationships too.