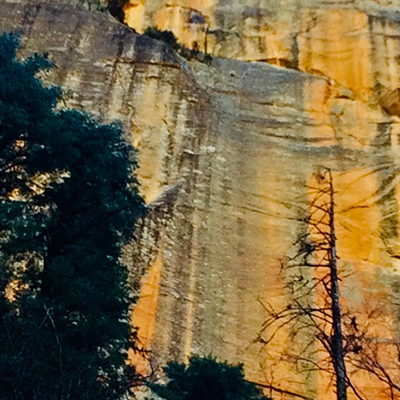 My mom went shopping for fresh produce yesterday, explaining she felt a need to be in the store and touch her own vegetables.  My wife was upset that she took such a risk, but I could relate to my mom’s shopping mission since I feel a similar need to see and touch my own vegetables.  I go to the People’s Food Co-op where I have been seeing and touching vegetables for decades.  I used to live around the corner from the Co-op as a college student in a room that cost me $89 a month.  Times change.  People change.  I no longer feel immortal as I did when I was in college and hitchhiked several times across the country by myself.  It’s strange how buying produce now feels like a bigger risk than getting in a car with a stranger did back then.

I just watched a movie Beasts of the Southern Wild where the main character finally turns and faces a wild beast that had been scaring her.  It was a huge risk since she was only a six-year-old girl and the beast was enormous and terrifying.  I told a client about the scene in the movie and it inspired me to want to see it again myself.  It once felt like a risk for me to become a psychologist, since I didn’t know how it would be to work with people who were in pain.  I only knew how it was to grow up with people who were in pain.  My sister once referred to be me as the “rock of our family” and I didn’t want to be a professional rock.  I wanted to be a human being.  It can be more of a risk to be a human being than a therapist, since therapists can take notes and hide behind their clipboards.  I never take notes in a session.  I just try to listen and be as real as I possibly can.  If someone asks me a question, I answer it as honestly as possible instead of asking another question about their question.

While honesty can feel like a risk, it always proves to be a more meaningful risk than dishonesty.  One way to gauge if a risk is meaningful is if it opens up your heart and makes you feel more alive.  A lot of people are having trouble feeling alive during this pandemic period because they are increasingly more isolated.  People are more like wolves than they are like cougars.  Wolves live and hunt in packs while cougars are solitary animals that communicate very little and only come together for reproduction.  I once started writing a story about a cougar that fell in love with a wolf and some of the challenges he faced in their relationship.  There are few risks more meaningful than love.  I once took a risk after knowing my wife for only a few days and predicted that if we ever had kids that they would have nice teeth.  She smiled at me and said, “Our kids will have nice teeth.”  As a rule, you should probably never talk about having kids on a first date, but sometimes taking risks are about breaking rules and going with what you feel inside.