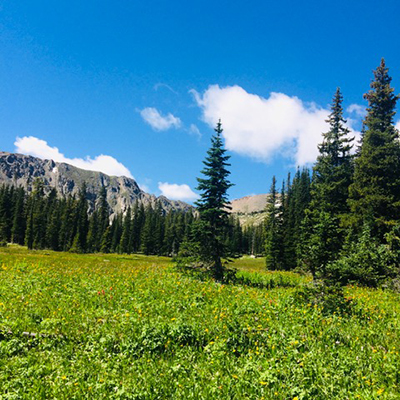 I remember years ago I heard Mike Ditka say in an interview that money wasn’t his God.  Although I don’t typically turn to former NFL football coaches for spiritual wisdom, his words resonated with me and I thought that I didn’t want money to ever become my God either.  I knew I was at risk for being a money worshipper, since I was raised to believe that financial security was the foundation for all security.  I don’t blame my parents for raising me with these values.  They both grew up very poor and didn’t want me to ever experience the same poverty that they did.  It probably never occurred to them that the fear of poverty could create a poverty of its own.  All fear creates some kind of poverty.  Whenever you worry about the future, you give up the wealth of the present moment.

Long before I became a psychologist, I worked at country clubs and learned that having a lot of money didn’t necessarily mean you worried less about it.  I caddied for one member who would take out his wallet three or four times a round and count his money.  This was before Apple Pay and Venmo when guys had wallets as thick as corned beef sandwiches.  He would sometimes ask me to guess how much money he had in his wallet.  He thought this was a fun game—but it really wasn’t, especially since I knew he was the worst tipper in the club.

It takes a tremendous amount of courage to calmly face financial challenges during this pandemic crisis.  It always takes more courage during times of uncertainty.  But the good news is that all the courage you need is inside you, even if it might happen to be buried beneath some kind of financial shame.  Believe me, now is not a time to make money out to be a character issue.  Now is a time to think of money as just money.  That would be Lao Tzu’s approach if he were alive during this pandemic period.  In case you’re not familiar with his work, Lao Tzu was a Chinese poet and philosopher who was blogging about life long before there were any blogs.  Thousands of years ago he wrote: Be content with what you have; rejoice in the way things are.  When you realize there is nothing lacking, the whole world belongs to you.  And that is better than anything that I’ll probably ever write in a blog.