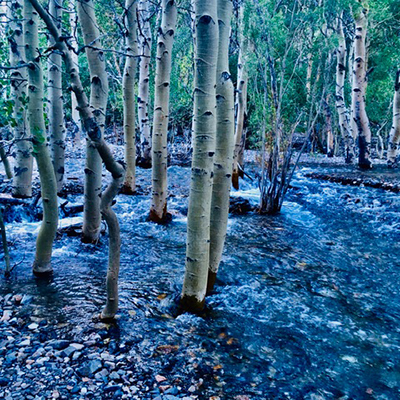 Our family has been indulging ourselves with carryout food during this pandemic crisis.  Some nights our attempts at indulgence are more successful than others.  My current favorite Chinese restaurant is closed and so I’ve had go with our second-string option.  Years ago, I stopped going to our old favorite Chinese restaurant because the owner was mean to his wait staff.  It was the second time in my life I took a stand with Chinese restaurant management.  The first time was as a thirteen-year-old dishwasher when the owner berated me for getting a fork stuck in the disposal.  As he walked away, I shoved a handful of forks in the disposal and turned it back on.  My adrenaline was so high that I wasn’t even that scared when came after me with a butcher knife and had to be restrained by the kitchen staff.

There are obviously plenty of other ways to indulge yourself besides ordering Chinese food.  I had one friend who would indulge herself through meditation, claiming there was nothing more pleasurable than a moment of peace.  I began meditating regularly at her suggestions, but my results weren’t always so peaceful and pleasurable.  Sometimes my meditation sessions felt more like wrestling matches where I was ultimately declared the loser against my restless mind.  As I got older, I began to understand that the goal of meditation isn’t to be great at it.  The goal is rather to let go of your goals and sit with a quieter mind.  Meditation is not like shopping where you head to a store in search of a particular item.  With meditation, you take equal interest and curiosity in all of the items on your mind’s shelves.

One way to think of indulgence is as an existential dessert—something to make life taste a little sweeter.  Now is a time when we can all use a little sweetness.  I wouldn’t worry about getting too dependent on sweetness and needing it all of the time.  A small ritual of sweetness each day usually does the trick.  I sometimes make a cup of tea and read a poem before going to sleep.  My friend and writing mentor was one of the editors of the Norton Anthology of Poetry and I have three copies of his book on my shelves.  I did his shopping towards the end of his life and would bring him the best German beer and prosciutto I could find.  Sometimes indulging someone you care about can be even more satisfying than indulging yourself.  You should never feel that you have to choose between indulging yourself and indulging others.  It will sweeten your life exponentially if you do both.  There is no greater blessing than to think in terms of we instead of you or I.