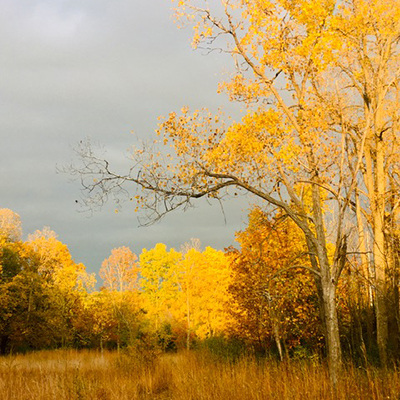 Needless to say, it is a challenge to live in a world where some people are honest and others dishonest.  I sometimes wonder if it might be easier if everyone either lied or told the truth.  For example, if the world were full of dishonest monsters, you wouldn’t have to worry which monsters to trust and which monsters not to trust. You simply wouldn’t trust any monsters.

Unlike some kids, I was never scared of monsters when I was growing up.  I was more scared of monstrous people. What scared me most about them was that they didn’t look any different from people who supposedly weren’t monsters. I would hear my parents refer to politicians like George Wallace as a “monster,” but he looked pretty much the same as the politicians that they supported.

They were all white men in suits.

This is not to say that all politicians are monstrous or that all white men in suits are monstrous.  As a group, politicians are probably different from the constituents that they serve, given that most people wouldn’t enjoy campaigning or engaging in national debates. We are learning that presidential debates are much different from high school debates in that there aren’t judges to check facts and evaluate the merits of an argument.  Presidential debates are more like junior tennis matches where desperate players are prone to cheat. However, even in junior tennis tournaments, players can call for a line judge if the cheating gets out of hand to help determine the truth of whether a ball is in or out.

The tennis community has determined that it is important to establish a verifiable truth when it comes to line calls and not let each player create their own truth. It seems that the political community used to be like the tennis community, but now it is more like the poetry community.  While the freedom to create and express individual truths works well in poetry, it does not work so well in government.  We need our governmental leaders to be honest and not tell lies to cover up inconvenient facts.

I am fortunate to work with clients who are committed to honesty, since trust is such an important part of a therapeutic relationship.  I suppose trust is an important part of any relationship. All lies inherently erode trust, even if the person is charismatic and can make their lies seem believable.  As a general rule, you should never trust someone who appears to be trying too hard to sell you something—or keeps insisting you should trust him. When in doubt, give yourself a chance to observe what he does and not just what he says. It is important to trust your own distrust—unless you are someone who is always distrustful and then it is important to better understand how your trust was lost.

I don’t think anyone is born distrustful.  I think it is rather something we learn and then have to unlearn in order to feel safe again in relationships.  I accept that I will eventually have to unlearn my governmental distrust in order to feel safe in my own country.  What has been more disturbing than having a leader who tells lies is having an entire political party that support his lies.  It hurts to live in a country where lying has become normal.  I understand one of life’s greatest challenges is to keep hurt from hardening your heart, and so I will do my best to no let it harden mine. I will take responsibility for my own honesty and accept that I can’t control anyone else’s dishonesty. I can only make sure I’m not fooled by it.