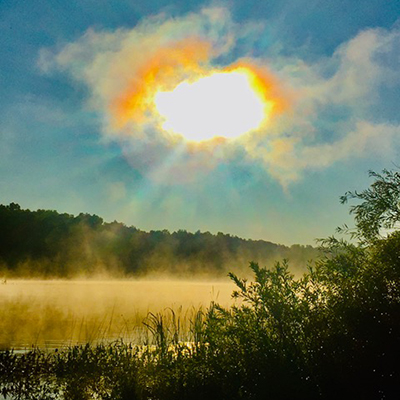 I am trying to forgive the person who stole our Black Lives Matter sign from our front yard.  I would have an easier time forgiving him if I knew he needed the sign and couldn’t afford to buy one of his own.  I am assuming the person who stole the sign is a white male who only took it because he didn’t like its message. It doesn’t make sense that a black guy would steal a Black Lives Matter sign—and women tend not to steal as much as men.

What bothered me more than our sign being taken was that its message appeared to have inspired hate in whoever stole it.  I don’t like living in the same community with hateful people.  I would prefer that all the hateful people lived far away where they could steal each other’s signs or put up hateful signs of their own.  My guess is that the guy who stole our sign feared it could somehow lead to his own life mattering less, as irrational as that fear might be.

While I have a lot of experience working with people who suffer from irrational fears, I don’t have any experience working with people who steal signs.  I wonder what it would be like if someone came to me for help with this problem and I learned he was the one who stole our sign.  I trust I would find it in my heart to forgive him if he expressed remorse and intention to change his ways.

Most of us can forgive someone for making a mistake, but it is hard to forgive someone who keeps making the same mistakes—or blames us for the mistakes he keeps making.  It is possible that the guy who took our sign blames me for believing that Black lives matter enough that they shouldn’t be victims of police brutality.  As the son of a Holocaust survivor, the issue of whose life should matter naturally has special meaning to me.  There obviously weren’t any Jewish Lives Matter signs in Warsaw during WWII.  For that matter, there weren’t any Black Lives Matter signs in the plantation South either.

Our country is changing and our world is changing and these changes don’t need to be seen as a threat.  They can be seen as part of our spiritual evolution.  I was talking to a religious man yesterday who said that Jesus might have had a Black Lives Matter sign in his yard if he were alive today.  He reminded me that Jesus was a radical who sought to change the status quo—even though some of his present day followers identify as political conservatives.  I never viewed our Black Lives Matter sign as a political statement.  I view it more as a human statement.  In a world without racial injustice, we could simply have signs or wear T-shirts that say, Life Is Precious, but we need to be more emphatic, determined, and specific in order to create such a world.

I felt more determined than ever after our sign was stolen and went down to my basement studio and painted my own Black Lives Matter sign.  It has become a ritual to put it out on our front porch every morning and bring it in to our house every night.  It is black, red, and white—and much bigger than our original sign.  I no longer resent the man who stole our old sign because he hated its message.  This might not be quite the same as forgiveness, but it is better than feeling like a victim. Whenever you hate someone, the person you hate continues to have power over you.  Healing is about reclaiming your own power and using it to create the kind of life you want.