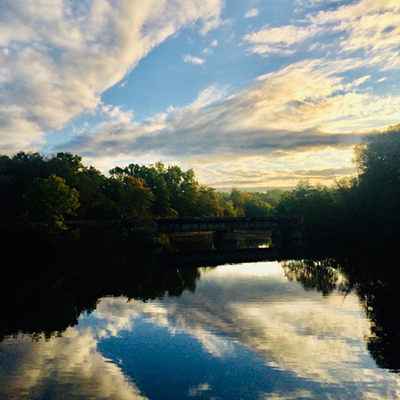 My dad used to take me for drives in Cincinnati’s poorest neighborhoods so I would understand that life was more difficult for some people than for others. I didn’t really need for him take me on drives to reach this understanding. I could figure it out simply by comparing my life to the lives of my friends. I had a basketball coach who once said to me, “There is no shame in having a difficult life.” He added that his dad would get mean as a rattlesnake when he got drunk. I could relate, even though my dad didn’t have a drinking problem.

I have worked with tennis players who have been so caught up comparing themselves with others that it poisoned their love for the game. Unlike competitive tennis, there are no personal or professional rankings during these pandemic times. The coronavirus crisis is not a competitive event—so that means you don’t need to figure out if you’re winning or losing. You just need to try to make the most out of each day.

I once had a girlfriend who accused me of being a “reverse snob,” because I acted like I was better than people who had things easier than I did. There might have been a small element of truth in what she said. Whenever people love you, there is usually an element of truth in their perceptions. But the bigger truth was that I didn’t feel I needed to prove that I was better than other people; if anything, I only felt I needed to prove that other people weren’t better than me.

It is obviously a more difficult time for some than for others during this pandemic crisis. I wouldn’t lose heart if it feels like it’s a more difficult time for you. There is no need to personalize your struggle or ask why you’re being treated unfairly, since fairness has never been a part of this world’s operating model. It is a cruel myth that people get what they deserve in life. The truth is we rarely know why we get our particular set of challenges. Instead of asking why a dragon is standing in front of you, it might be better to ask how you can befriend it. My schizophrenic brother talked a lot about befriending dragons. He believed that was a better strategy than trying to kill it, since he said the last thing you ever wanted was to be walking around with a dead dragon inside of you.