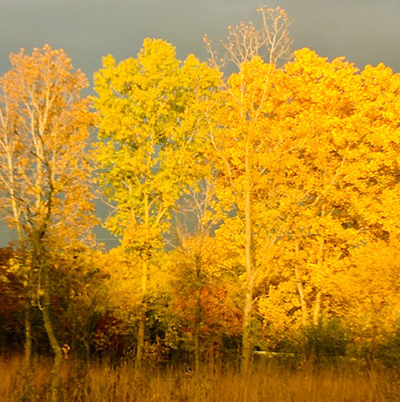 My wife and I are the complete opposite when it comes to the radio.  She listens to it often and I don’t listen to it at all.  In a perfect NPR universe, everyone would be like her and no one would be like me.  I don’t blame her for having a bigger appetite for news than I do.  My appetite for the news has unfortunately gotten smaller as the leadership problems in our country have gotten greater.

While I don’t like being a psychologist who puts his head in the sand once he leaves his office, that’s sometimes what I feel like doing at the end of the workday.  When I got home yesterday, my wife told me of a local store that will be going out of business as a result of the pandemic crisis.  My heart goes out to their owners and employees.  It usually doesn’t take much for me to feel someone else’s losses.  I have always hated losing more than I have loved winning.

Someone recently asked if I thought communication was the key to marriage.  I told him that I thought picking up your socks off the floor was the key to marriage.  He mentioned a book about the different styles of communication that couples use to communicate their needs, but I don’t think communication styles matter that much if you don’t care about the person you’re communicating with—and act accordingly.  Words aren’t enough.  You have to be considerate and show it through your actions.  Being a spouse is a lot like being a goalkeeper in that careless mistakes hurt your team more than flashy plays help it.  That is why you rarely hear the word spectacular mentioned in a wedding vow.

My wife recently read an article about how there will likely be more divorces and births as a result of this pandemic crisis.  This isn’t such a good combination.  A better combination would be more births and more confessions.  I don’t mean the kind of confession where you go to a booth and tell a priest about your sins—but rather where you tell your partner about what is going on inside of you.  I sometimes confess to my wife when I’m feeling in my own world so she won’t take it personally. Communication really isn’t that complicated.  You speak honestly and listen respectfully.  All the things that aren’t love tend to be so much more complicated than what actually is love.

The truth is that I feel grateful to have my wife filter and report the news to me. It is like having my own private and more concise Rachel Maddow.  I would not like to be married to someone who stuck her head in the sand more than I do—or messed up the kitchen more than I do.  Couples often make the mistake of communicating more about what they don’t like about each other than communicating what they do like.  When I work with couples, I often find myself asking the question: What keeps you two together? It is an important question to ask so you don’t feel stuck with your partner. I have had moments where I’ve felt stuck in a bad mindset, but I have never felt stuck with my wife. She is my best friend. It reminds of how a housemate in college once defined love as a relationship where you get to have sex with your best friend.  This seems about as good of a definition for romantic love as any—and yet even in the best of relationships there are challenges for which no one is to blame. This pandemic is an example of such a challenge. During stressful times, it is always better to prove that you can listen than to prove that you’re right. There is no great prize for being right in a relationship.  The only prize is for being together.