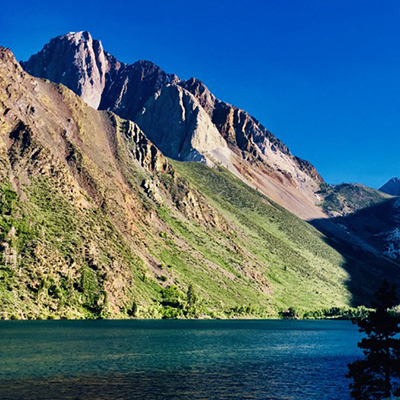 A part of my job as a psychologist is to help people to stand up for themselves.  I have helped people stand up to bullies in the form of bosses, coaches, spouses, and peers. The challenge of bullies feels well within my wheelhouse, since my dad talked a lot about bullying when I was growing up.  He believed that behind every bully lurked a coward.  He said that if you stood your ground with a bully that he would eventually back down, because most bullies weren’t looking for an actual fight.  They were looking for an easy chance to feel bigger at the expense of making someone else feel smaller.  My dad shared numerous stories of the times he stood up to anti-Semitic bullies.  Anti-Semitism was one of his favorite lecture topics.  He often reminded me that the same people who didn’t like Blacks also didn’t like Jews.

I had an African American friend who would talk about racism in the same way my dad talked about anti-Semitism.  We were close friends for forty years before he died a couple of years ago.  He once gave me a cassette tape of a lecture by Reverend Louis Farrakhan, insisting that it would help me become a more “enlightened white guy.”  When Reverend Farrakhan organized the Million Man March in 1995, my friend urged me to go with him.  I kidded him that I didn’t want to go to a march where I would be the only white guy, enlightened or otherwise.  He reminded me that I was always the only white guy when we played basketball at the Eastside YMCA on Saturday mornings.  After giving it some thought, I decided to stay home because we had two young kids and my wife was pregnant with our third.

I tended to take my friend’s more radical views on racism in America with a grain of salt until our car was searched one day at the Detroit port of entry.  It was the first time my car had ever been searched when crossing the border.  It was the first time I had ever crossed the border with my friend or any person of color.  What made the situation feel even more wrong was that we were returning to our own country.  The border guard glared at my friend and said, “Back away from the car.”  I backed away too, but not before I grabbed a football from the front seat.

While my dad raised me to never back down from a bully, I knew there wasn’t much to gain from getting into a fight with a border guard.  Playing football was our form of protest.  The guard eventually confiscated our football to make sure it didn’t contain drugs.  It can sometimes be hard to know what battles to pick and what battles to back away from.  I try not to judge people now for the battles they are picking or the battles they feel are picking them.  My friend once picked a battle with his Army sergeant because he didn’t want to go fight in Vietnam.  He ended up being sent to stockade and protested his imprisonment by setting his mattress on fire.  All protests are inconvenient—but nothing ultimately proves more inconvenient than the betraying yourself.