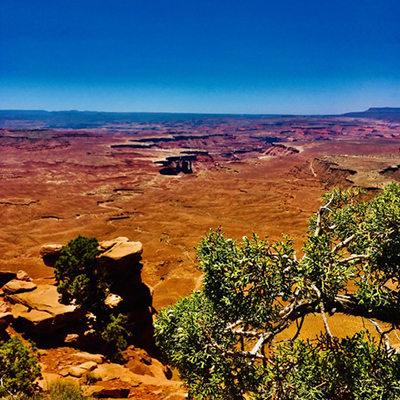 Regardless of our political beliefs, none of us can afford to be psychologically conservative during this pandemic period.  We all have to be willing to make adjustments to keep up with this changing world.  There is no point getting attached to how the world once was or how we think it should be—just as there no point for a surfer to get attached to the surfing conditions on a given day.

My grandparents weren’t surfers in Warsaw, but they were good at making adjustments.  Shortly after the Nazi invasion, they packed up their entire lives and paid a guide to sneak them across the Russian border.  The guide tricked my grandparents and left them in an unoccupied area between the Russian and Polish borders called “No Man’s Land.”  This meant they had to figure out how to get into Russia on their own, and then they had to figure out how to get out of Russia once they were put in a prison camp.

I sometimes wonder how my grandparents would deal with this pandemic crisis.  I don’t think they would get too rattled by the local food co-op being out of fresh ground peanut butter—as their grandson did—since the Russian prison camp was practically out of everything.  Like most Jews, my grandparents weren’t farming people, but they learned how to grow potatoes to supplement their meager diets.  Later they learned what wild plants were safe to eat when they were released from the prison camp and fled to Uzbekistan.  My grandmother was the official taste tester and would eat the plants to make sure they were safe before giving them to my mom and her sister.

We all took a walk together and her partner talked about how it was a challenge for so many people to be separated from their religious communities.  I could tell he felt lonesome for his church.  For a second, I thought of the saying that God never gives us anything that we’re not able to handle.  I also thought of some of the exceptions to this saying and concluded that maybe we never know what strength is in us until we’re actually tested.  This pandemic period is some test, huh?   The Universe must be thinking we all need to work on our patience to come up with a something as crazy as this.